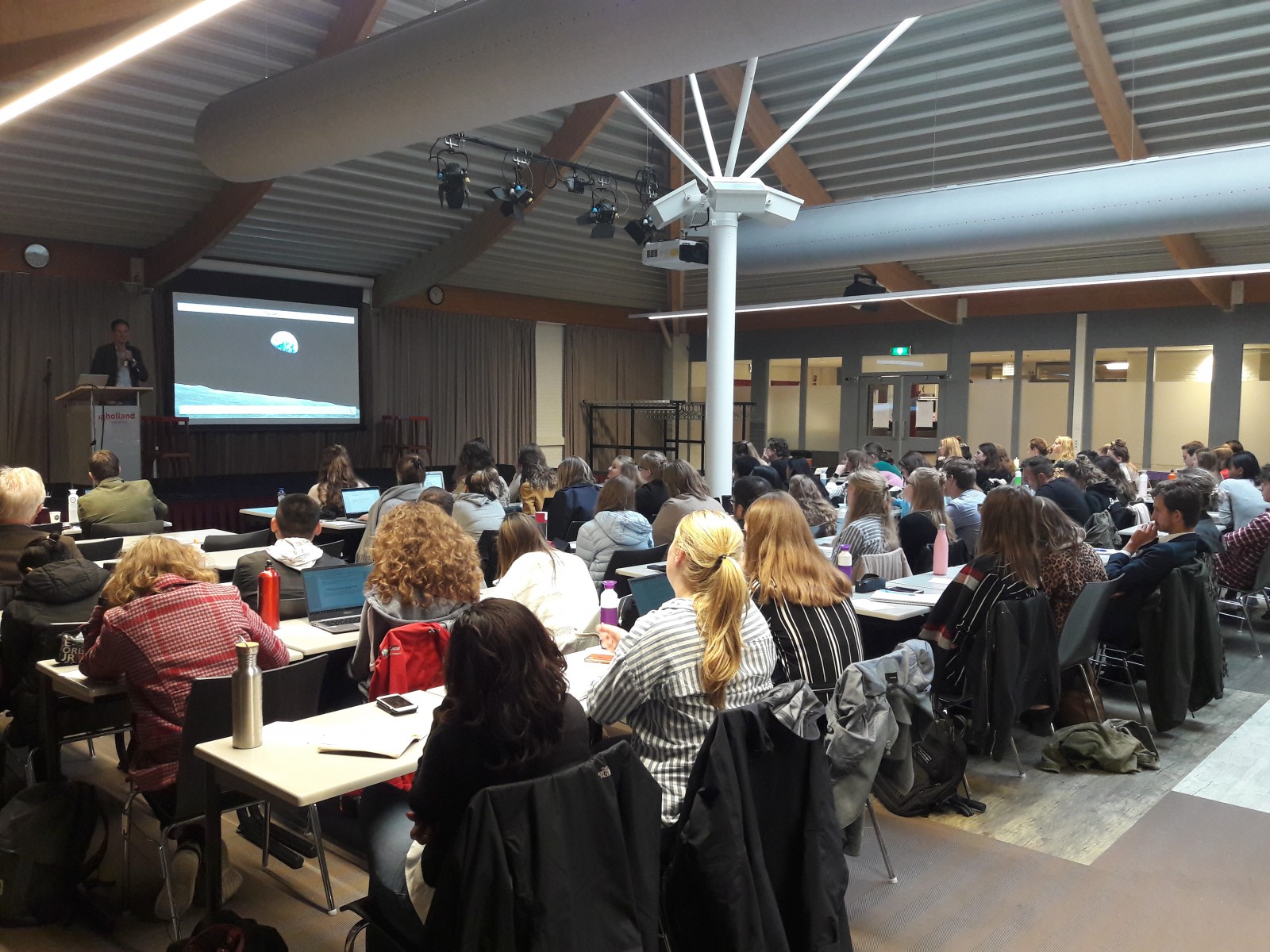 Animal welfare is an issue that has become a key priority for more and more organisations in the tourism sector. For decades, animals have been abused on a large scale as commercial endeavours to profit from tourism. What can travel agencies do to help turn the tide? And how do tour operators deal with animal welfare in their package holidays? These issues were the key focus of the Sustainable Tourism Student Congress, which was held at Inholland Diemen at the beginning of this month.

Last year, all the tourism degree programmes in the Netherlands agreed to jointly host a series of conferences each year: one for the northern, southern and central regions of the Netherlands. The morning session for each of these conferences is the same, with the afternoon session scheduled by the organising institution itself. The second conference for the central Netherlands region took place in Diemen at the start of this month. Alongside 35 students from the Master’s programme in Tourism, Society and Environment from Wageningen University & Research, fourth-year Tourism Management (TM) students participated in the conference.

Elephant rides
Reflecting on the event, Swen Waterreus, lecturer in TM and a researcher at the Urban Leisure & Tourism Lab, says: ‘During the morning plenary session, Melvin Mak talked about how TUI Netherlands have developed guidelines to maximise animal welfare in travel offerings. Tour operators, for example, no longer offer opportunities for tourists to have their picture taken with tamed lions. Excursions involving rides on elephants have also been dropped.’ The trade association ANVR wishes to ensure that these kinds of guidelines are implemented across the entire industry. ‘That’s what they’re working hard to achieve.’

The keynotes by TUI and ANVR (Dutch Association of Travel Agents and Tour Operators) were followed by a screening of a large part of the documentary 'Blood Lions', which showed shocking images of animal abuse. ‘In South Africa, lions are bred and tamed for commercial purposes. As a tourist, you’re able to have your picture taken with one, but you are also given the opportunity to hunt and kill these tame lions. A lot of students couldn’t hold back their tears when they saw that’, says Swen. Following the screening, there was a panel discussion in which Melvin Mak (TUI) and Gerben Hardeman (ANVR) took part, in addition to Simone Eckhardt from Stichting Spots, Julie Middelkoop from World Animal Protection (WAP) and Prof. René van der Duim from Wageningen University & Research.

Plastic Pledge
The afternoon session focused on several workshops. Stichting SPOTS and WAP shed some more light on the issue. Tessa Groenen from CSR Netherlands expanded on the theme by asking students how the Plastic Pledge should be implemented in their programme. TUI and the ANVR also discussed other aspects relating to the tourism sector that could have an impact on the environment.

‘At the end, the students from Wageningen University told me that they were struck by the fact that the guest speakers from the field confirmed what they had learned at school. Our own students want to learn as much as possible about the issue of sustainability. They said that, because guest lectures on this theme are not yet included in the regular curriculum, this event with the guest speakers really complemented the existing programme’, says Swen Waterreus.