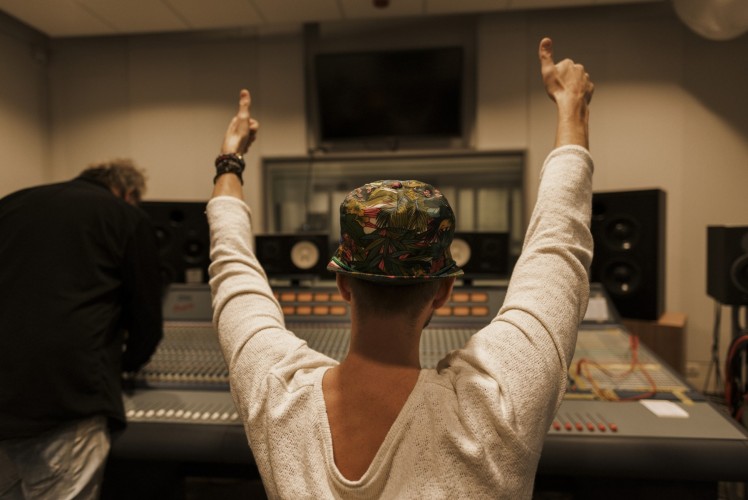 To write lyrics for, record and present ‘radio ready’ songs in only three days’ time. This is the considerable challenge facing students of the Conservatorium Haarlem and 12 other European conservatories during the second edition of the International Writers Camp, which kicks off in Haarlem on Tuesday 1 November. The initiators include various leading music publishers and labels such as BMG Talpa Music, Warner Chappel and Sony/ATV Music Publishing.

The Writers Camp is one way in which the Conservatorium is working to establish its international reputation. 'Internationally, the Dutch conservatories are really leading the way in music. Last year, the Conservatorium Haarlem took the initiative to bring together like-minded, progressive European music programmes at an inspiring annual Writers Camp', artistic director Arjen Davidse says with pride.

From Belgium to Sweden
Dozens of conservatory students will attend the International Writers Camp, including from the Royal Conservatory in Ghent (Belgium), the University of Agder (Norway), the Royal Danish Academy of Music (Denmark) and the Malmö Academy of Music (Sweden). The students will receive guidance from both national and international songwriters, producers and teachers.

Conservatorium Haarlem
Conservatorium Haarlem is part of Inholland University of Applied Sciences and offers graduation tracks in Pop and E-music. Students are trained for careers including professional pop musician, preparing them to join a band or perform as a solo artist. There is also a pop music programme for wind instruments. The E-music track prepares students for a career as an electronic musician or a producer. Students in this programme create dance music and other productions in the recording studio, perform live as musicians/DJs and compose music for games, films, television and commercials.

Conservatorium Haarlem's lecturers, current students and alumni work as musicians and producers with artists such as Marco Borsato, Armin van Buuren and Anouk.

The Conservatorium received a high rating in the new 2017 higher professional education guide (HBO Keuzegids), with the programme designated as a ‘Top educational pick’ for 2017 – the second such distinction in a row for Conservatorium Haarlem.