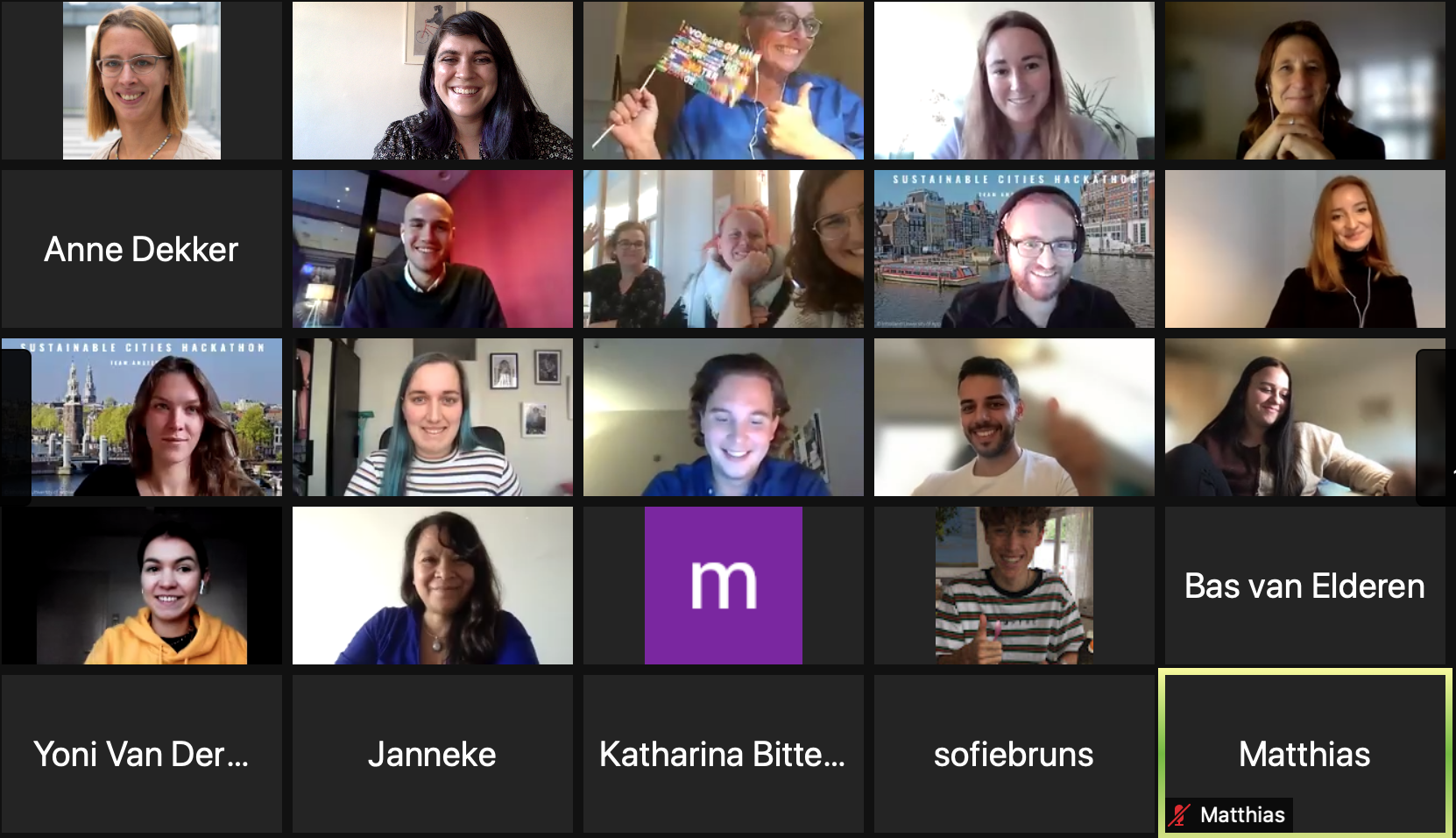 This year’s hackathon will took place virtually across over two days from the morning of 27 October to the afternoon of 28 October. In total, 160 students tackled challenged from the cities of Kortrijk, Stuttgart, Amsterdam, and Rotterdam that were related to the central theme of Sustainable Experiences as a Value Creation Tool for Cities. 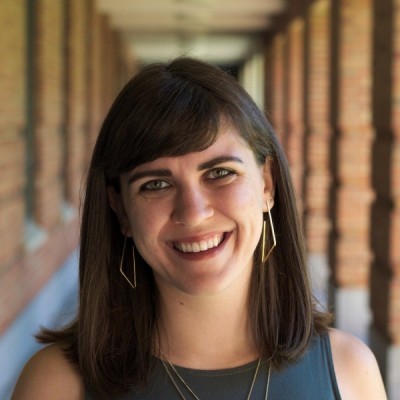 Susannah Montgomery, the organizer of this hackathon commented: “Cities are not just buildings and spaces. They need experiences to come alive! That is why we invited four cities to challenge our students to develop inspiring concepts for sustainable experiences.”

Students worked together in mixed teams of students from Inholland, Vives, and HDM. In order for students to learn from students with different educational and international backgrounds, teams were formed based upon the different leadership skills that each student could offer rather than their university affiliation.

Maureen Siebelink, a Rotterdam CB student, shared that “the best thing about the hackathon is to experience how fast you can come up with a concept and a full pitch with students from other universities you don’t even know.” 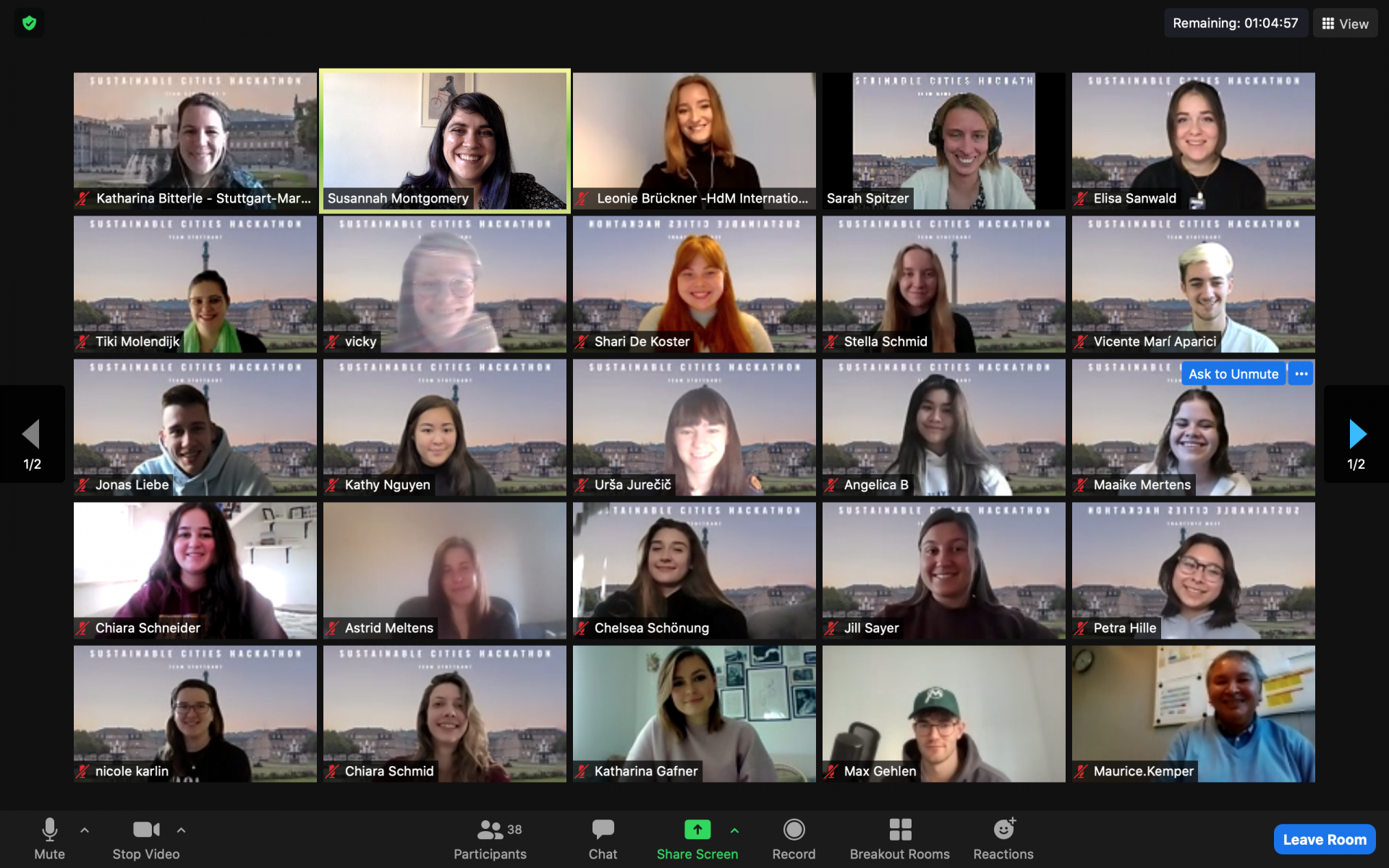 Image of students after their final hackathon pitches.

During the two-day hackathon students used design thinking and the Human-Centered Design mindset to develop their concepts. According to The Hague ICB student, Kevin Smit, “To me it was amazing to use the steps of design thinking, because without these steps we would have never been able to come up with something this original.” Chantal Mozes, a Haarlem CB student, also explained “my favorite part was working with new people and achieving so much in such a short time! The lectures allowed us to go through the process step by step, with was really nice!”

The concepts were judged Thursday afternoon by city marketing and local municipality representatives.

Each winning team will receive a prize package from the host city and the sponsoring universities. They will also have the opportunity to present their concept at future conferences and other speaking opportunities within the Dutch, German, and Belgian university networks. 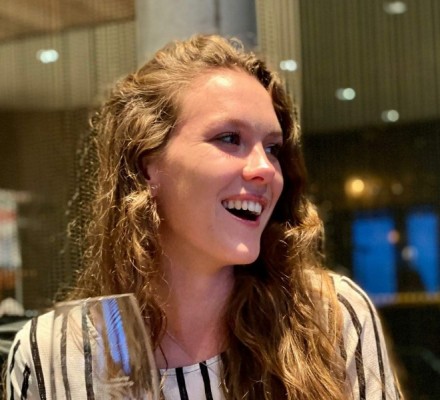 Chantal Mozes: from the winning team for the Amsterdam city challenge

The challenge: How might we help Amsterdam to become a more inclusive city using sustainable experiences?

The winning concept: Our concept is about implementing workshops hosted by different schools around the city of Amsterdam that can catch the interest of students in different topics such as sustainability, world environment and health. 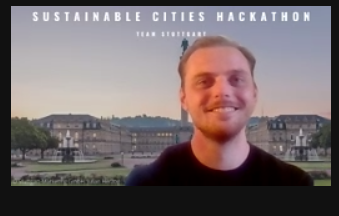 Kevin Smit: from the winning team for the Stuttgart city challenge

Challenge Stuttgart, Germany: How might we reposition Stuttgart as a green city using sustainable experiences?

The winning concept: Our concept was to make Stuttgart's incredibly busy students aware of the city's green initiatives by creating a pop-up rooftop (similar to a pop-up beach) where students can take a quick 10-minute break to relax. The fake rooftop is modelled after one of Stuttgart's many green roofs. Here, posters provide fun facts about how much carbon these green roofs absorb while students can hang out in hammocks and beanbags while listening to relaxing ambient music. 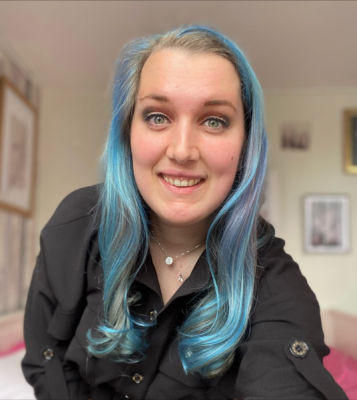 Maureen Siebelink: from the winning team for the Rotterdam city challenge

Challenge Rotterdam Netherlands: How might we fill our empty shops in Rotterdam using pop-up sustainable experiences?

The winning concept: To answer the challenge “How might we fill our empty shops in Rotterdam using pop-up sustainable experiences” we were inspired by a concept in Lisbon called LX Factory and since Lisbon is also a city near a port just like Rotterdam, it seemed like a great concept to implement in Rotterdam. So in a street there are a few pop-up shops with different categories just in between the already existing shops, as a mini city within the existing streets, but with seasonally changing popup stores suitable for the Rotterdam community and street art to give more color to the city. 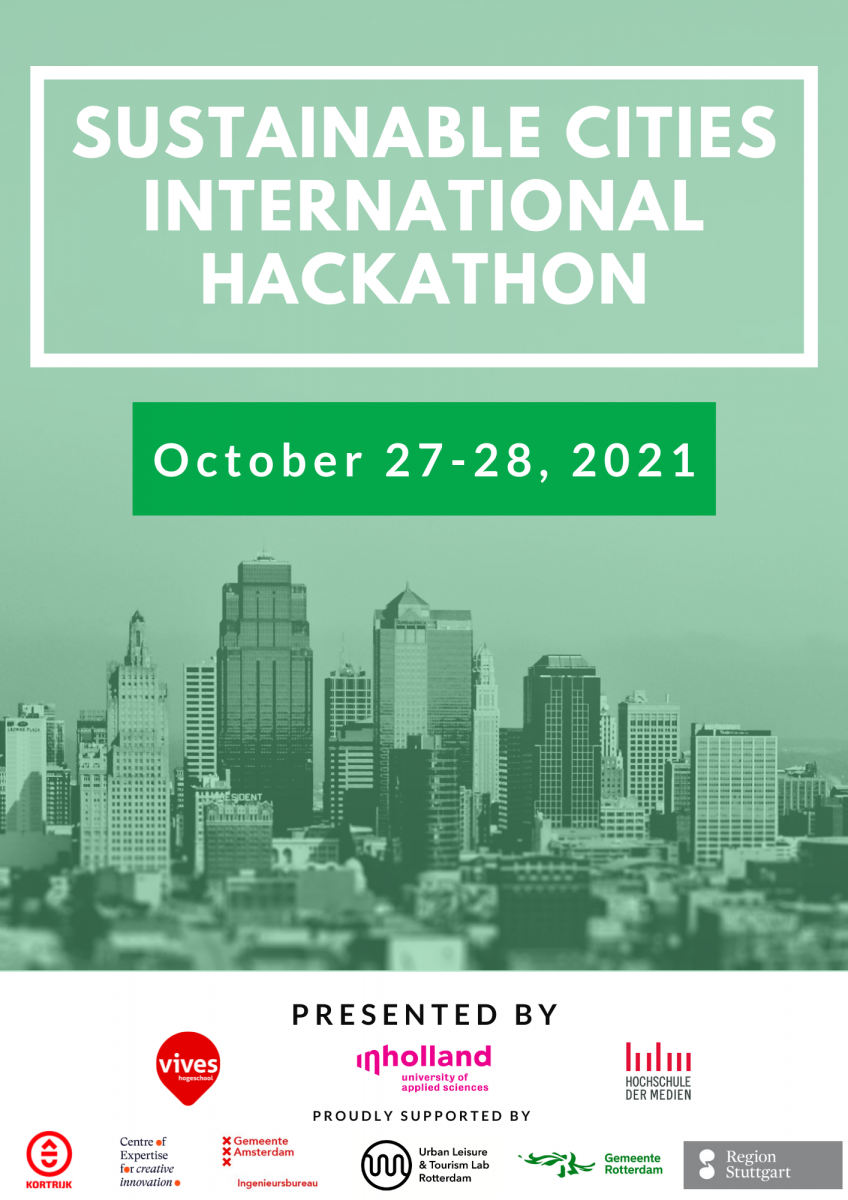