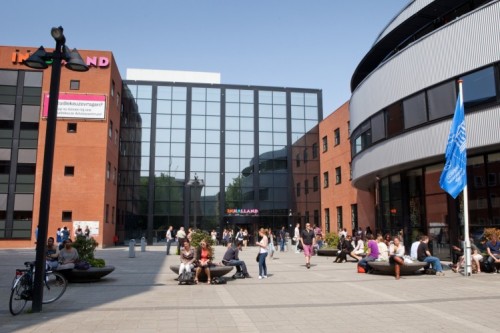 Following its assessment of the performance agreements, the Higher Education and Research Review Committee presented its opinion to Minister Bussemaker on 24 October 2016. In that opinion, the Committee confirms that Inholland University of Applied Sciences has realised many of the performance agreements. The Committee is positive about the aspects of quality and excellence and about the measures taken to improve study success rates. However, the Committee is negative with respect to study success as Inholland has so far failed to fulfil its ambitions in that regard. 'Given the explanation provided by the Review Committee, we asked it to reconsider its opinion, but the Committee did not do so', says Jet de Ranitz in response to the Committee's opinion. 'The figures are clear: we have made progress but have not reached all our objectives; there is more work to be done.'

'In the explanation accompanying the opinion, the Committee noted that they are aware we are moving in the right direction’, says De Ranitz. ‘Yet the opinion as such is negative. Many universities of applied sciences have not fully attained their study success targets, yet quite a few of them did receive a positive opinion. The Review Committee has failed to explain its arguments for issuing a negative or positive opinion. We now first want to consult with the Netherlands Association of Universities of Applied Sciences and the other hogescholen on how to proceed on the basis of this opinion. We will also be having another meeting with the Ministry of Education, Culture and Science.

Our own opinion is that Inholland University of Applied Sciences simply could not have done more, within the term of the performance agreements, to achieve all of its ambitions concerning study success rates. We have made progress, but there is more work to be done. Our intention is to continue on this course.'

Objectives achieved
The performance agreements concerned teaching, the institutional profile and priority areas, and strengthening practice-based research. Inholland has achieved may of the goals set back in 2012 and the Committee is positive about the university's efforts in this regard. For example, research at Inholland now offers more added value for professional practice and has closer links with the education provided. In addition, the collaboration between education, research and the field has helped to flesh out the key themes formulated by Inholland. This can be attributed to contributions from students, lecturers and professors alike.

We have made progress, but there is more work to be done. Our intention is to continue on this course.

Other signs of progress are that the research environment within the faculties has been set up, the themes have been elaborated into programmes for research groups, and each faculty has committed itself to one or more key themes (Sustainability, Health and Creativity). The Review Committee is positive about this and has expressed confidence in the course reflected in the Strategic Programme and the ensuing Institutional Plan for 2016-2022.

In its final judgement, the Review Committee acknowledges that Inholland went through a number of very difficult years. 'The Committee is aware that the context within which the performance agreements were formulated was adversely affected by the crisis at Inholland and the subsequent reorganisations. Indeed, the Committee wishes to express its appreciation for the fact that despite these difficult circumstances, student satisfaction scores on several criteria have improved over the past few years and Inholland has succeeded in achieving its ambitions regarding lecturer quality, teaching intensity, lecturer-student ratios and indirect costs.'

On the point of education, Inholland has emphatically decided to focus on quality and on raising the quality level of its degree programmes. This has resulted in rising student satisfaction scores and an increased percentage of lecturers with a Master´s degree. The 2012 targets regarding drop-out rates, switch rates and success rates have not been achieved. In 2015 Inholland did however manage to halt the downward trend in student success rates, compared with the figures from 2014.

Irrespective of its final judgement, the Review Committee has expressed appreciation for the measures that Inholland has taken over the past few years to improve study success rates. Those measures are described in the substantiation document submitted by Inholland to the Ministry of Education, Culture and Science at the end of June 2016. Examples include the introduction of the Study Check in 2014 and a strong focus on reducing the number of students who take too long to complete their studies. Thanks to a faculty-specific approach launched in 2015, this number fell compared with the year before, as did the number of students who dropped out or switched degree programmes.

Complex challenge
'Raising study success rates even further has proven to be a complex challenge', De Ranitz explains. 'This is due in part to factors associated with the specific context of an institution like ours in the Randstad metropolitan area. I am referring in particular to the diversity of our students and the difficulties in reconciling accessibility, quality and study success. Indeed, this is not the first time that we've noted this – see our recent annual reports.'

The course of Inholland going forward
In the period ahead, Inholland is committed to introducing a more differentiated approach geared to specific target groups, analysing and sharing effective measures, strengthening the ownership of programme teams and intensifying study coaching efforts. The university will continue on this course as described in the Institutional Plan, ‘Dare to Learn’.

The Minister will now study the Committee's opinion and is expected to issue a response in late November.

'Why does everyone cycle here when the weather is bad?'
Consultation on binding study recommendation moratorium for first-year Inholland students
Week of the International Student: 16 - 21 November
Preliminary results SEDY2 project presented during online EUCAPA conference
Corona measures remain unchanged
How do you experience these times? Share your story!
© Hogeschool Inholland