Rent a room in Amsterdam/Diemen

If you are a degree seeker, studying at Inholland for 2 or 4 years to obtain a bachelor degree, you may rent a room provided by Inholland in the apartment building in Daalwijk or Darlingstraat for an entire academic year (2 semesters). The apartment buildings Daalwijk and Darlingstraat are located opposite from each other at five minutes cycling distance from the Inholland Amsterdam/Diemen school building. Metro/train station Amsterdam Bijlmer Arena is also on five minutes cycling distance.

You can already book accommodation in Amsterdam/Diemen while still in the application process for your study program. However, in order to receive the keys of your room at the start of the contract, your application for the study program has to be complete on 17 August 2022 latest. This means that: 1) your (foreign) diploma has been validated by the Central Student Administration and 2) if English is not your first language, you have provided proof of your English proficiency (this is part of the admission requirements for international students at Inholland).

Please keep in mind that it is not possible to extend the rental contract after the dates mentioned above. If you are an international bachelors student we advise you to register for a room in Daalwijk or Darlingstraat, so you will have accommodation for a full academic year.

The online application form for accommodation will open on 15 May 2022 at 9AM CET.

The Daalwijk apartment building has 2-, 3- and 4-room apartments. You will have your own bedroom. If you are a degree seeker and want to have a room with your own facilities (own kitchenette, shower, lavatory) then you should choose a studio in Darlingstraat.

The individual (bed)rooms have different sizes, between 10 and 17 m2. The monthly rent of the room depends on its size.
The kitchen, bathroom and lavatory are shared with the other residents. All rooms are furnished and have their own internet connection. These facilities are included in the rent. There are laundry facilities on the first floor of the apartment building (not included in the rent).

Daalwijk is easily accessible by train or metro and from the centre of Amsterdam it is about 30-45 minutes by bike. 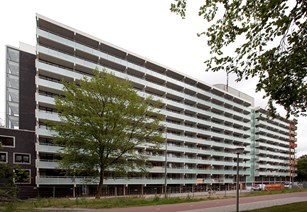 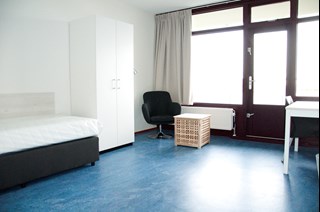 These 'rooms' are actually studio apartments: they include a private bathroom and kitchenette. The size of the studio is approximately 20 m2. Each studio is designed for one student. It is therefore not possible to live together with a (boy/girl-) friend in one studio. 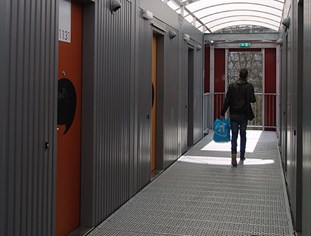 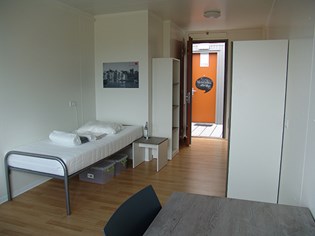 Rent price is approximately € 560 per month. The rent includes electricity, gas, heating, water, internet and TV cable connection. The administration fee, cleaning costs, kitchen package, bed linen and local taxes are not included. All studios are furnished and have their own internet connection. These facilities are included in the rent. There are laundry facilities in the middle block of the residence (not included in the rent).

You might be entitled to housing allowance and cancellation of taxes (this depends on your income and your rental costs); this can be requested through the Dutch tax office. Please note that you need to pay your complete rent to DUWO first and that the Tax Office will decide if they will award you the allowance each year. For more information, check DUWO.nl or contact the International Office.

All our student flats are located in the ‘Bijlmer’, a neighborhood which houses today almost 50.000 people of over more than 150 nationalities – so it is very multicultural- and was designed as a serie of nearly identical high-raised buildings, and are separated by large green areas planted with grass and trees. In the late 90’s, the municipality of Amsterdam started to renew the Bijlmer, by replacing the high-raised buildings for smaller flats and single family-homes. About ten years ago, the Daalwijk-building was transformed from a ‘family-flat’ into a student flat.

In 2012 the entire area from the Ziggo Dome in the west, Villa Arena home furnishing ‘ArenA Boulevard’ and the football stadium ‘Johan Cruyff ArenA’ started being marketed as “ArenA Poort”, also the entrance for the biggest shopping area in Amsterdam, the “Amsterdamse Poort” (Poort = Gate in Dutch).

Amsterdam is one of the safest cities in Europe and a marvelous place to be a student, but like any other city/neighborhood with a large student population, it can unfortunately attract criminal activities. We advise all students to use their common sense when going out at night. Objectively, Bijlmer may even be safer than the city center of Amsterdam, but we advise all students to avoid walking/cycling home alone. Upon arrival, the International Office of Inholland University of Applied Sciences can provide more (general) safety instructions.

Metro/train station Amsterdam Bijlmer Arena has connecting trains to major cities in the Netherlands. The Amsterdam city centre is only 15 minutes away by public transportation, while AMC hospital can be reached within only seven minutes.