Lecturer Wim Honders (Communication programme, Inholland Diemen) spent the last several weeks in Bangkok at Inholland partner institution Chulalongkorn University, both to give lectures and to strengthen mutual ties. Wim is the first guest lecturer from Inholland to teach at this State University, which is known as the oldest and most prestigious university in Thailand. 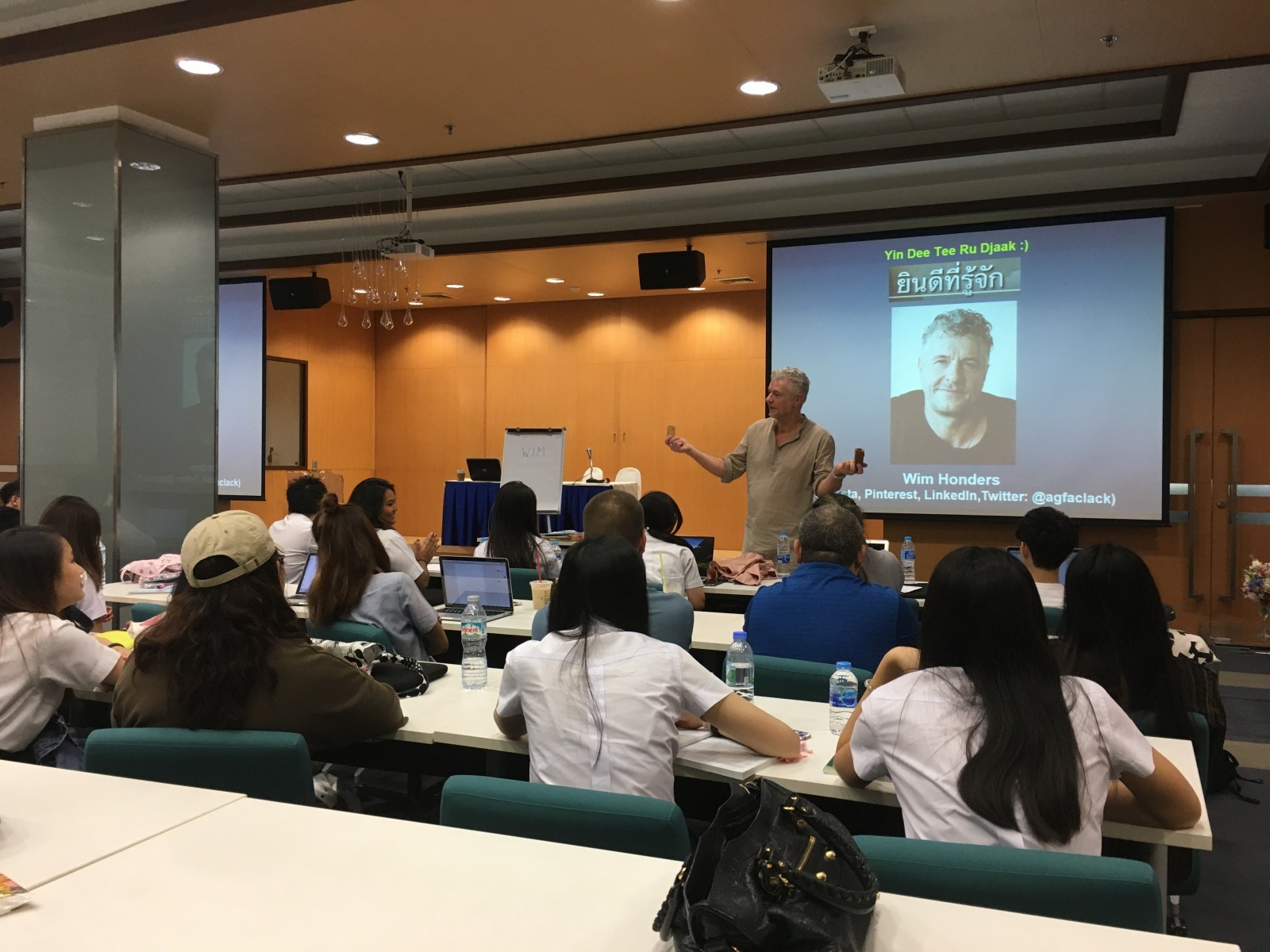 "I’ve given a variety of lectures to a large audience at 'Chula', also to recruit students as a boost for our own publicity", Wim enthusiastically reports from Bangkok. "Both students and staff are extremely pleased, so it’s been a success! One of my lectures was about visual and creative thinking, for example. It was three hours long, with some 90 students attending. I gave an assignment during this lecture on which, after my return, the lecturers at Chulalongkorn and I will give each other mutual feedback as a new start within our partnership."

More to come in March
Along the way, Wim received another exciting invitation. "My livestreamed lectures were so well-received that the Faculty of Communication Arts has asked me to organise a seminar on multisensory communication, together with colleagues from New York, Iowa, Vancouver and Brussels! I’ve also been asked to speak on behalf of Inholland at this seminar, where the audience will include academics and representatives from the professional field. What an honour! It’s also a wonderful opportunity for Inholland’s promotion and recruitment. The seminar will consist of TED Talk-like sessions and livestreamed workshops, with the entire Thai press invited to attend. This will have enormous appeal since Chula is Thailand’s most important national research university and has an excellent reputation both in Asia and worldwide."

Inholland has had a partnership with Chulalongkorn University for student and lecturer exchanges since 2015. To date, eight students from Chulalongkorn have studied at Inholland and eight adventurous Inholland students have gone overseas to study at Chulalongkorn.

Studying in Thailand: a ‘life-changing experience’
Wim Honders also visited Stefanie Liu, who is currently in Bangkok studying for her Inholland Communication degree and loving every minute of it. "I decided to study abroad because I want to improve my English, and the best way to do that is by being in an international setting. Thailand was the best option for me. This is really a life-changing experience! I have a sense of total freedom. The Chulalongkorn University campus is gigantic and gorgeous! In addition to studying, I also have the chance to explore Thailand and see its beautiful islands."

She encourages other students to follow her example. "I want to be independent. That’s why I chose a country as far away from the Netherlands as possible, so that it wouldn’t be as easy for me to rely on my parents. Sometimes it’s good to pick a country that you’re completely unfamiliar with: a country you’ve never visited, whose language you don’t speak and where you don’t know anyone. That’s where the real adventure begins!"